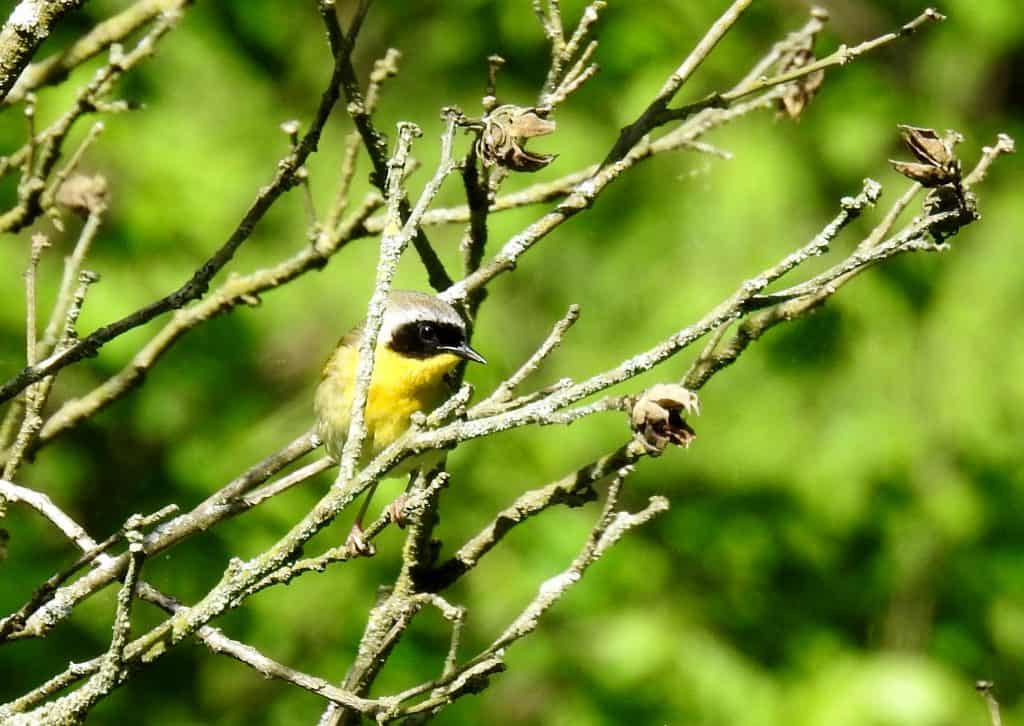 Where: From Route 447 in Price Township, take Snow Hill Road for 5 miles. You will come to a crossroad. Go left (you are still on Snow Hill Road). Go about two-tenths of a mile, past a pull-off for an automated weather station. The parking area is on your right.

• No facilities or trash cans. Pack out what you pack in.
• A small, well-kept 19th-century cemetery is visible from the south edge of the trail. Many local names on the graves include Van Why, Miller, Post, Smith and Treible.
• Catch-and-release fishing is allowed at the manmade lake.
• Hike safely! Go with a buddy and tell someone where you will be and when you will return. 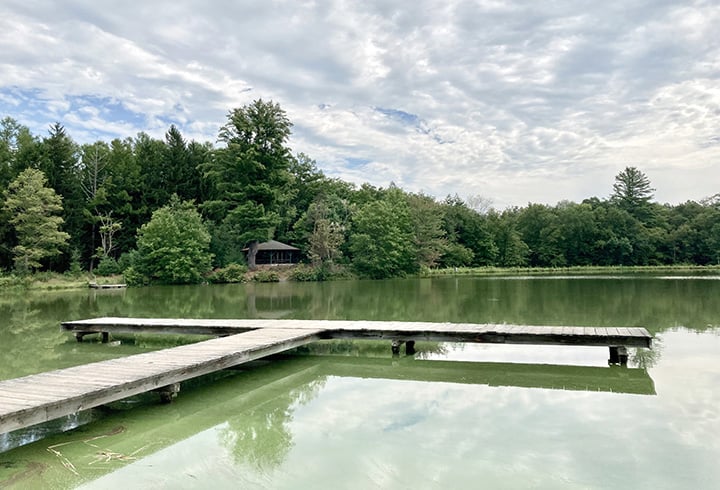 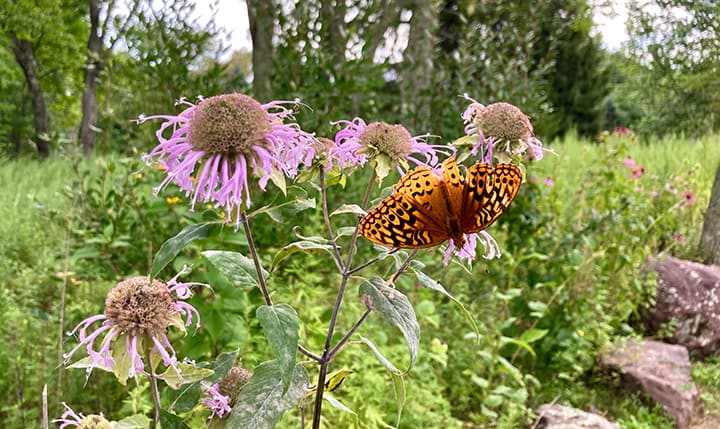 Those words of Henry James rose to mind late one day in August as I tramp through fields near the watershed divide between the Brodhead and Bushkill creeks, at Camp William Penn in Delaware State Forest. Birders Darryl and Jackie Speicher lead the way.

Bugs and beetles and flying things are everywhere in the early evening light. Damselflies and darning needles hover and dart. Monarchs and spicebush butterflies flutter around bergamot, milkweed, and Queen Anne’s lace, the flower of my childhood meadows.

In unison, Darryl and Jackie stop, turn, and raise their binoculars. Among the maple leaves, a hatch-year goldfinch hounds its parent, the male, flittering and begging for food, the parent oblivious. We watch, transfixed.

“Adding a new bird to your life-list is cool,” Darryl says. “But for me, it’s watching bird behavior that’s fascinating.”

On a nearby snag, a young yellow-bellied sapsucker chases its parent around, too. Another sapsucker swoops out and snags insects. “See, now that’s interesting,” Darryl says. “Sapsuckers are woodpeckers that drill holes in trees to snatch the insects that come to feed on the sap. But this one is hawking insects like a flycatcher.”

The buildings that once filled with campers from Philadelphia every summer are gone now. A large covered pavilion remains, at the edge of a small manmade lake. The water that flows from the outlet heads to Bushkill Creek on its way to the Delaware River, to become drinking water for millions of people in New York and Philadelphia.

The pond with its native cattails along the banks, the open meadow, stands of old white pines and Norway spruce, oaks and hickories and other deciduous trees, the standing and fallen deadwood — all these different habitats make for good birding.

We hear the “witchitee witchitee” of the common yellowthroat and get a glimpse through willow leaves of a yellow warbler that seems to be lit from within. As we follow the wide, grassy trail, Darryl speaks from the heart about the beauty of common birds of the Poconos — the American robin’s russet breast and intensely yellow beak, the cedar waxwing’s smooth-as-porcelain feathers, the iridescent green of the mallard. The “oh wow” birds are regulars here, too — great blue herons, American bald eagles and osprey.

It’s about a mile around the lake, and birds aren’t the only sight to be seen. The path skirts a marsh that feeds the lake, where a colony of beavers has been at work. Their dam keeps the water a foot or so higher than it would otherwise be, and their lodge, a natural “McMansion,” sits majestically in the middle of the wetland, crowned with a crop of invasive stilt grass.

Carol Hillestad of Cresco is a writer and hike leader for Get Outdoors Poconos, a free hike series administered by Brodhead Watershed Association.